Págá Dévê has as its starting point the return of Maria Olinda Beja and José António Chambel to their homeland of S. Tomé and Príncipe, from where they left at an early age.

Págá Dévê means “Pay the Debt”. The debt that a São Tomese has to the land where he was born. Returning, even for once, is imperative for all those who have left São Tomé and Príncipe. Otherwise, you are indebted to Mother Earth.

Photographs and a book with the same name resulted from this work. This project is also part of the National Photography Collection – Centro Português de Fotografia. 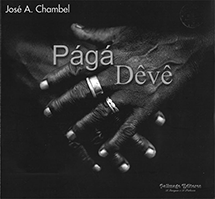